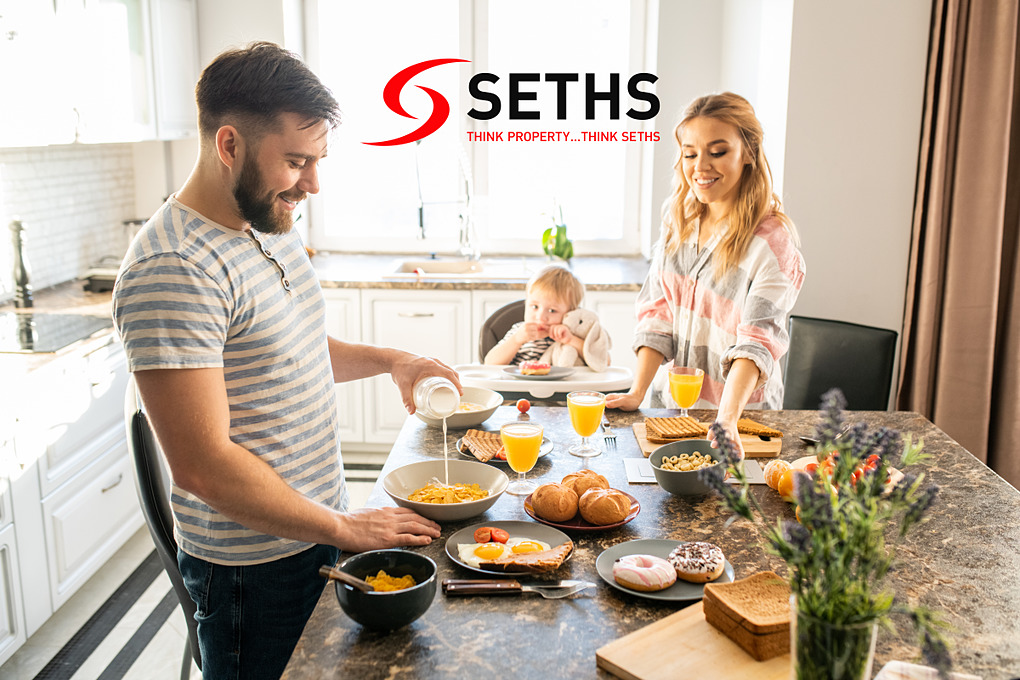 From pets buried in the garden to the draw of the local coffee shop or pub, what's stopping people from moving?

Just over half of UK homeowners claim to be stuck in a home that doesn't meet their needs.

The average homeowner says they would need a further £125,000 on top of the current value of their home in order to afford somewhere that's suitable for them.

And when asked what finally prompted them to pluck up the courage to move, 25% of homeowners pointed to an increase in income, while 19% said having children made it vital.

Tom Parker, the consumer spokesperson at Zoopla, said: “We were blown away to see just how many Brits are living in homes that they don’t feel are right for the needs of themselves and their family.”

The need for more space was the key reason why homes were no longer suitable, with 40% of homeowners surveyed citing this as a factor.

Meanwhile, 25% said they were stuck in an area in which they did not want to live, and 23% said not having dedicated space in which to work from home was an issue.

The survey comes as many people reassess what they need from a home in light of the pandemic and successive lockdowns.

With working from home for at least part of the week likely to become the norm for many people, the need to have a dedicated space in which to work has increased as a priority, while many people feel they just need more space at home generally.

At the same time, not having to commute into the office every day means areas that are close to work or good transport links no longer hold the same appeal as they once did.

So what is stopping homeowners from moving?

Among those who said they live in a home that was not suitable for them, 39% said being unable to find somewhere that was right for them within their budget was the main factor stopping them from moving.

A quarter of those who did not like their home also said the cost of moving was a barrier preventing them from buying somewhere else.

While some homeowners are unable to move for financial reasons, others feel tied to their current home for emotional ones.

Around 27% of those surveyed said they had an emotional attachment to their home, while 55% of parents said their children were attached to it.

One in five homeowners said they liked their neighbours too much to move, while 8% said they could not leave their property because they had buried pets in their garden.

Lure of the neighbourhood

Meanwhile, for many homeowners, their love of the neighbourhood prevented them from moving. Among these, 26% said their fondness of their local pubs stopped them from relocating, and 21% felt the same way about their local coffee shop.