The Bank of England raises interest rates to 1.75% 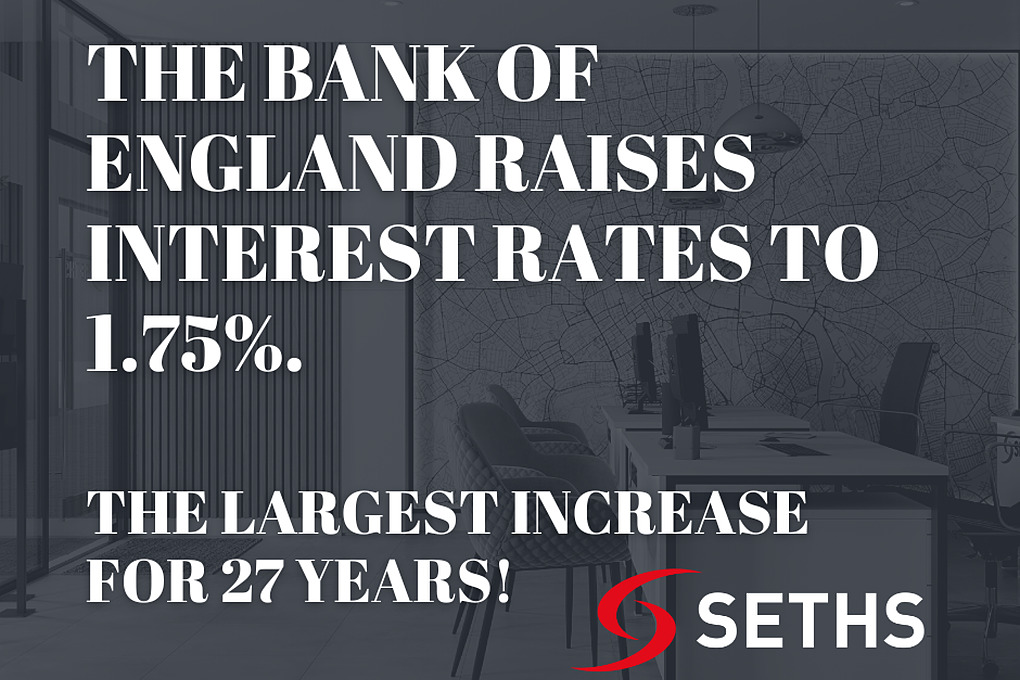 The Bank of England has increased rates by 0.5%, making it the most significant increase in 27 years, with the interest rates rising to 1.75% from 1.25%.

The rate rise comes as an attempt by the Bank to slow down inflation, which it sees passing 13% this year.

With gas and oil costs rising after Russia invaded Ukraine and supply and demand problems coming after global restrictions lifted after the pandemic, the overall cost of living in the UK is at an all-time high.

The Bank hopes that increasing the rate will encourage people to borrow and spend less, causing more people to save money. Although with the rise in food, gas, electricity and petrol costs, it’s uncertain if many families will be able to save much. Mortgage costs will also add to the pain, especially if you are in a tracker, standard variable rate, or coming to the end of an introductory period in your mortgage.

At the same time, the Bank doesn’t want to slow down the economy, causing it a tricky balancing act in unknown territories as the government tries to navigate the economy during these complex and uncertain times.

Rates have increased from the lows of 0.1% seen last year, with further increases expected later this year.

The Office of Budgetary Responsibility (OBR) expects rates to hit as high as 3.5% if inflation continues to increase.

The change of interest will mean that a typical tracker mortgage will cost around £52 more per month. Those on a standard variable rate will see an increase of £59 per month.